How do student outcomes vary by ethnicity?

The proportions gaining such degrees among white graduates are also between three and 15 percentage points higher than among Asian graduates. The gaps between these graduates are much wider for BTEC entry than for A-level entry. 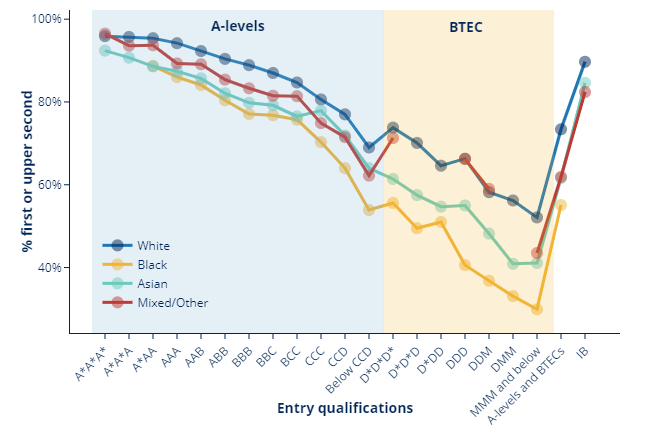 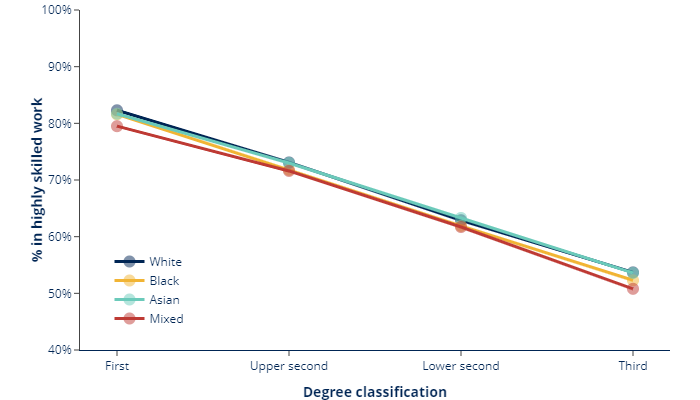