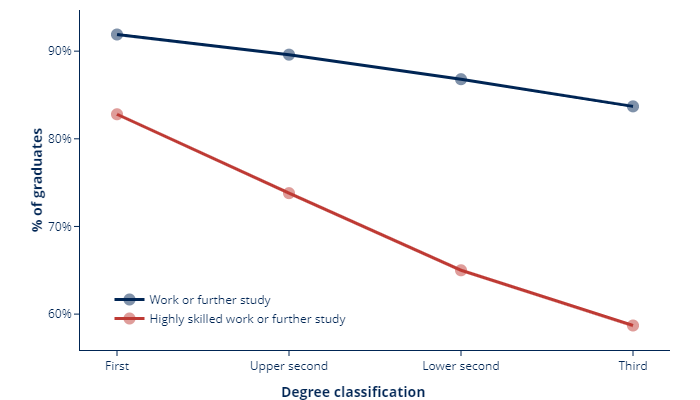 For the period 2013-17, 71 per cent of graduates were in highly skilled employment or further study - this increase has applied to every degree classification. 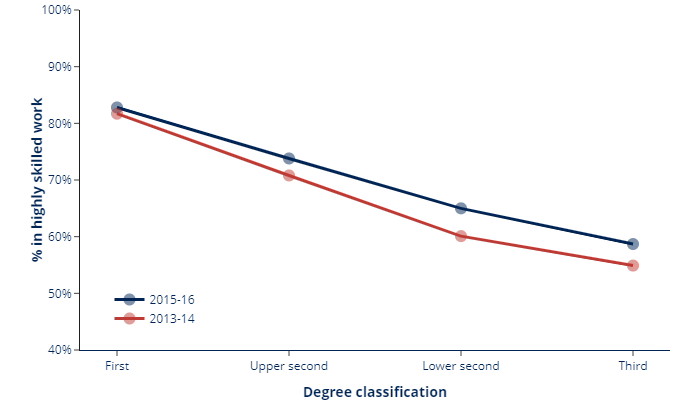