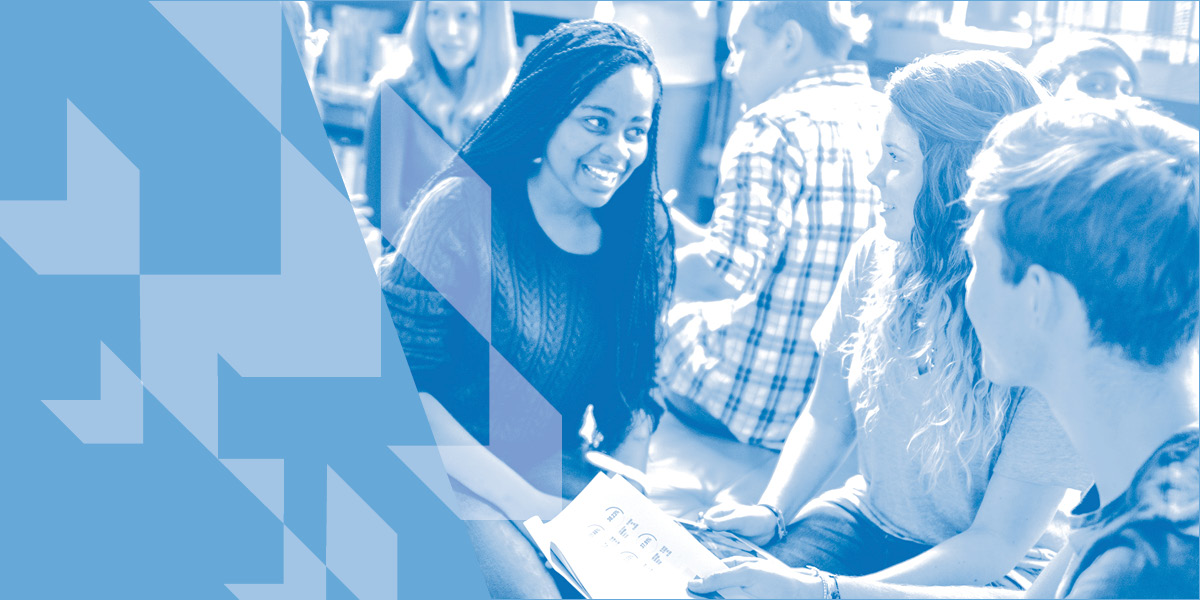 At a parliamentary event in January 2020, the OfS launched a report, ‘Transforming opportunity in higher education’, summarising the commitments that universities and colleges had agreed with us to improve equality of opportunity through their new access and participation plans. The event showed a common purpose between universities, colleges, schools and employers: transforming opportunity for the most disadvantaged students to access, succeed in and thrive beyond higher education.

A few weeks later we experienced a different form of unity as the nation went into lockdown, giving up freedoms to protect ourselves and each other. We are far from the first generation to see how the spread of infectious disease connects all parts of society. But our way out of it has been pioneering. It brings universities, industry, government and the NHS together with community volunteers, to develop and deliver vaccination for everyone who needs it, whoever and wherever they are.

It’s clear that the most disadvantaged people and communities have been the most vulnerable during the pandemic. The flexibility of graduates’ knowledge, skills and working patterns has meant that many have been better protected from COVID-19 – in terms of both their jobs and their health – than non-graduates. So, it’s more important than ever to ensure that students from all backgrounds and parts of the country can gain access to and benefit from higher education. The ability of young people to study successfully has, though, been affected by the resources available to their families and their schools.

More students are entering higher education, both overall and among the lowest-participation groups. But these levels of demand, coupled with lost learning and changes to exams, will add complexity to admissions decisions this year. To deliver on their access and participation commitments, universities will need to recognise the context in which grades have been achieved and the potential of students applying from a low-participation school or community.

Students who have beaten the odds to get this far should not meet additional barriers at the next stage. They also need options to carry on learning while in work and later in life. Demand from mature students is now increasing, for the first time in more than a decade. Although higher level and degree apprenticeships have been hit by the pandemic, employers are saying they will increasingly use them. We are also now expecting improvements to student finance for lifelong learning, enabling the same level of support for different routes through further and higher education at any time of life.

There has been more focus than ever on learning and teaching within higher education. Most students were learning wholly or partly online at the start of this year, but we know from surveys that less than two-thirds of students and less than half of teaching staff had previous experience of this. Around half of students say they are confident working in this way, but only around one-fifth of teaching staff.

As Michael Barber’s review of digital learning and teaching makes clear, the shift to blended and online learning has the potential to improve flexibility, personalised learning, career readiness, learning innovation and global connections, all of which create opportunities for improving access and outcomes for students. But this will only work if it is built on the right foundations, with inclusion for all types of students planned from the outset.

For example, as we have identified through the Disabled Students Commission, disabled students have seen ways of working they have long been advocating rapidly implemented during the last year. This has included an increase in alternative formats available digitally through learning platforms and bolt-on accessibility tools, additional modes of assessment made available, and greater flexibility in the pace and place of learning. Some, though, have also reported difficulties, not least as there was little time for specific impairments to be considered.

This week, we are building on our 2020 report by publishing an independent evaluation of our access and participation reforms, based on surveys with staff and students across higher education. We are also publishing an update to the access and participation dashboard, which was introduced so that every provider’s plan could be based on a robust self-assessment of the equality gaps among its own students.

The evaluation report demonstrates how our reforms secured a step change in the level of ambition within access and participation plans, particularly through the longer timescale for delivery, the transparency of the data dashboard and the link to OfS registration, which engaged governing bodies and senior management. It also highlights the issues that were most difficult, which include the pressure to set stretching targets, the alignment between national and local evidence, the complexity for smaller providers and the time available to engage students.

As we set out in our response to the report, we make no apologies for negotiating stretching targets. We assessed carefully the measures that were proposed to achieve them and how they would be evaluated. We expect all reasonable steps to be taken to deliver the plans and will work closely with providers and their student bodies to monitor progress. Alongside this individual accountability, we also support collaboration between universities and colleges where it is needed, both locally and nationally.

At the local level, we want outreach to schools and colleges to be joined up and targeted. This is the purpose of the 29 Uni Connect partnerships of universities and colleges we are supporting throughout the country. Later this month, we will publish the latest findings from an independent evaluation of the partnerships and a survey of the schools and colleges involved. The findings show how focused and sustained engagement with the same students is improving their self-efficacy, academic confidence and motivation, and the evidence behind their choices about post-18 education. Schools and colleges that have been surveyed are highlighting the quality and relevance of Uni Connect outreach, and how it gives them access to academic and careers expertise to meet their own objectives and regulatory requirements.

Nationally, we need to share the learning from the work we are regulating and funding, so we can all draw on robust evidence of ‘what works’. This is delivered by evaluations and data such as those we are publishing this month, brought together by the Transforming Access and Student Outcomes centre, which will become an independent charity later this year.

This week’s update to the data dashboard demonstrates the progress already being made across the sector, with access gaps continuing to narrow. There is much more to do here – and the cumulative efforts of universities and colleges through their access and participation plans promise much stronger progress in the coming years. Data published for our key performance measures shows that, for example, there has been a slight decrease in gaps in participation between the most and least advantaged students at higher tariff universities. While this is welcome, this group of universities have some distance to travel in order to ensure equality of opportunity for all prospective students, whatever their background.

What we also see is that those students who are becoming a larger proportion of the undergraduate population are less likely to continue with their studies or receive a first or upper second-class degree. These persistent gaps, which are prominent for Black, Asian and minority ethnic students, students from underrepresented groups and those with certain impairments – underline how essential it is to focus on supporting students not just to get into higher education, but also to succeed in and beyond it.

We will be adding further characteristics to the data, such as parental education, household income and experience of social care. We are also moving beyond the experimental stage for measures that combine characteristics, such as Tracking Underrepresentation by Area and Associations Between Characteristics (ABCs). This will help to identify the most underrepresented people and places, and the targeting of access and participation work.

We are publishing this evidence now because we want it to influence the next phase. Later in March, we will make decisions about the priorities for Uni Connect, which will run through to 2024-25. Then in April, we will receive reports from providers and students on the delivery of access and participation plans and how they have been affected by the pandemic.

We expect that more students could need financial support, including to access new modes of learning. There could be more focus on partnerships between further and higher education to meet local demand to study, including from adults who want to retrain.

We will negotiate this individually with universities and colleges once we have received their reports. But this must be a ‘something for something’ discussion, which maintains the current levels of ambition and credibility while tackling the new imperatives.

Given the effects of the pandemic, we need universities and colleges to address all the disparities they identify in relation to access to, success in and progression beyond higher education, whichever students are involved. It’s not an inevitable consequence of the pandemic that progress on access and participation should now stall; indeed, it’s more important than before to accelerate it.

It’s easy to forget how remarkably the profile of students in English higher education has changed during the last few decades, but as this has happened new frontiers have emerged. For example, the young participation rate for Black students in higher education has increased by 15 percentage points during the last decade to 59 per cent, or 10 per cent of the overall undergraduate population. But the gap between white and Black students achieving a first or a 2:1 is 18 percentage points and, no doubt linked to this, the proportion of postgraduate research students who are Black is 4 per cent. This is, of course, the entry route to academic careers.

For these students and many others, getting in is not enough. They also need support to get on, so they can unlock all the benefits that flow from higher education. For some other groups of students, we are not yet crossing the frontier of entry to higher education. The participation rate for white British students who are eligible for free school meals is only 16 per cent. Virtually all of these students live in ex-industrial towns and parts of cities across the north and midlands, or in coastal towns. When we use the ABCs measure, 92 per cent of the lowest-performing quintile in relation to higher education participation are white and either eligible for free school meals or living in these low-participation places.

Measures to improve equality such as these have long been debated because of the interests of different groups and their implications for liberty and justice. A diverse and world-leading higher education sector must, though, be able to tackle all of the equality frontiers it identifies, whoever they concern and wherever they are found, and to demonstrate progress by reducing the gaps between different groups. Otherwise, the belief in equality of opportunity – and education as the way to achieve this – will diminish.

If you need further inspiration, read Abraham Lincoln’s letter to the millworkers of Lancashire, which thanks them for their opposition to slavery, and their letter to him. Despite the damage to their livelihoods from Lincoln’s blockade of cotton exports, they told him:

‘We are truly one people, though locally separate. And if you have any ill-wishers here, they will be powerless to stir up quarrels between us from the very day in which your country becomes, undeniably and without exception, the home of the free.’

Let’s show the same unity and common purpose as we regain our safety and freedoms this year.