One of the most influential people in the history of Title IX, the US anti-discrimination law, Dr Ann Olivarius discusses the Equality Act 2010. 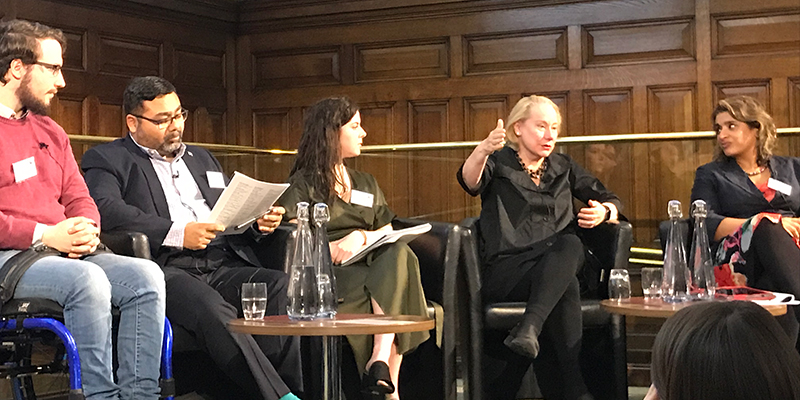 A messy and frustratingly slow revolution is rippling through UK universities and colleges. Students (and a few brave staff members) are beginning to push back against sexual misconduct, discrimination and harassment through legal means. Though Universities UK and the Office of the Independent Adjudicator have published new guidelines urging a fairer process, in my experience, many universities have had trouble adapting. And each university, and within some universities each constituent college, has its own procedures and priorities.

American university students can sue under the federal legislation known as Title IX, which imposes the same procedures on every university. But UK students shouldn’t feel like they do not have options – the Equality Act 2010 provides a similar, sometimes better, mechanism than Title IX for them to confront their universities through civil suits. It’s instructive to look at the differences between the US and UK systems.

No person in the United States shall, on the basis of sex, be excluded from the participation in, be denied the benefits of, or be subjected to discrimination under any education program or activity receiving Federal financial assistance.

It has proven to be an extraordinary piece of legislation, one that has immeasurably helped American female students to achieve justice and equal treatment. A crucial aspect of Title IX is the ability of the federal government to withhold federal funding from universities in the case of persistent, widespread violations. This mechanism is completely absent in Britain.

Title IX does have limitations. If you want to bring a discrimination claim, you must show that the university in question either caused the harassment, or knew about the discrimination and failed to address it; this is the ‘deliberate indifference standard’, which can be hard to meet. A university can be “deliberately indifferent” when its response to harassment is clearly unreasonable in light of the known circumstances (for example, failure to investigate and correct known harassment, to provide accommodations for complainants while procedures unfold, and to adequately discipline the harassing student or staff member). Proving that the university was on notice of a harassing staff member or abusive student is often difficult; for example, it isn’t enough just for another staff member to know that their colleague is a harasser, the student has to show a senior university official knew.

While UK students don’t have the advantage of navigating a single regulatory system, they do have a good mechanism for dealing with sexual misconduct: the Equality Act 2010. Unfortunately, it remains a well-kept secret to many students.

This is possibly because there hasn’t yet been a reported case in which a British higher educational provider has been found by a court to have breached the Equality Act for handling sexual misconduct poorly. But in my experience the Act can be an efficient and effective way of pursuing actual equality. It has many advantages over Title IX. For example, if a UK student is harassed by a member of staff, the university or college is vicariously responsible whether or not the organisation knew about the harassment. UK students don’t have to prove that their university or college knew of the harassment and failed to act (like US students do with Title IX).

UK students do, however, face some significant systematic disadvantages. Many universities’ and colleges’ discipline systems give major advantages to those accused of abuse or harassment compared to the complainants.

When complainants come forward to their university or college about rape, harassment, etc., in my experience they are most often not treated as a ‘party’ to the investigation and resolution of the complaint, which is between the university and the accused. That means those accused get to see all the evidence, get to attack the reputation of the complainant, get to have a lawyer, while complainants are kept to the side. They are often denied access to evidence, representation, the hearing and an appeal. It is obviously hard to argue your case when you are barred from knowing what evidence is presented against your claim, you can’t have anyone to help represent you, and you’re not allowed to appeal. Treating complainants like unimportant observers – rather than key players – is both cruel and unproductive.

Although this unfair system favours the accused and the universities in the short run, it ultimately doesn’t serve them well in the long run. Unclear, unjust and illogical processes undermine justice for both the complainant and the accused and leave universities struggling with their response, inflicting damage to their reputations and to student wellbeing. The status quo hurts everyone, which is why we all must work together to attain fairer internal processes and clearer nationwide guidelines.

We have now published Dr Ann Olivarius' keynote speech and other recordings from our Improving student lives Insight event.

We have also launched a consultation setting out proposals for how we can ensure that the higher education sector better handles harassment and sexual misconduct affecting students in higher education providers.