Findings from the data

We have summarised the key gaps in access, continuation and attainment at a sector level for different student characteristics.

These measures are all reported using data available from the access and participation dataset (as at March 2022).

You can read the full report below, or see a summary of the key findings.

Summary of the key findings

These measures show the make-up of students entering higher education.

This gap has closed slightly over the last five years, from 6.9 percentage points in 2016-17.

These measures show whether or not students continue their studies.

There was a 6.5 percentage point gap between the proportion of full-time students from the most and least deprived areas (IMD quintile 5 and quintile 1) continuing into their second year in 2020-21. This gap had been increasing in recent years, but the increase in continuation for students from IMD quintile 1 helped to narrow the gap.

Notes: Attributes with a * indicate those against which other attributes are compared when deriving gaps. Because of rounding, the gaps shown in the table might not be the same as the difference between two rates.

These measures examine the proportions of students who achieve a 1st or 2:1. 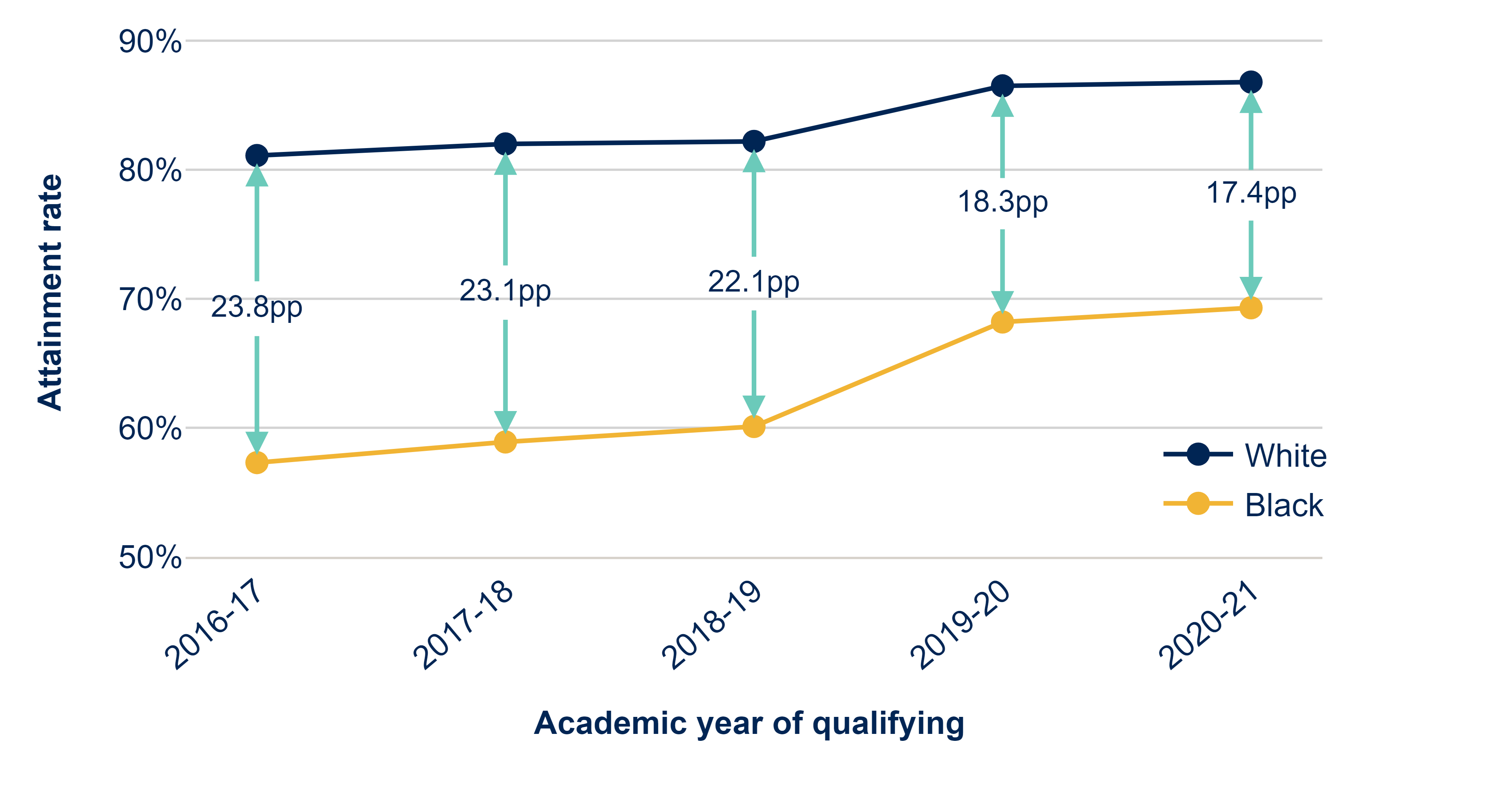 Note: Attainment rate reflects students obtaining a 1st or 2:1 degree. Attributes with a * indicate the one against which other attributes are compared against when deriving gaps. Because of rounding, the gaps shown in the table might not be the same as the difference between two rates.

The progression data currently shown in the dashboard uses data from the Destination of Leavers from Higher Education (DLHE) survey, and remains the same as the data that we published last year. Please see the 2020 sector summary report for an analysis of progression data in this release.

For key findings from previous years, download reports from our archives.

Go back to the data dashboard

Explore the data in the access and participation data dashboard

To complement the data dashboard we have published experimental sector-level data.