Young people from more advantaged neighbourhoods are still nearly six times more likely to attend the most selective universities in England despite a significant growth in the use of contextual offers – where students are admitted with lower grades than the advertised tariff – the Office for Students (OfS) has said today. 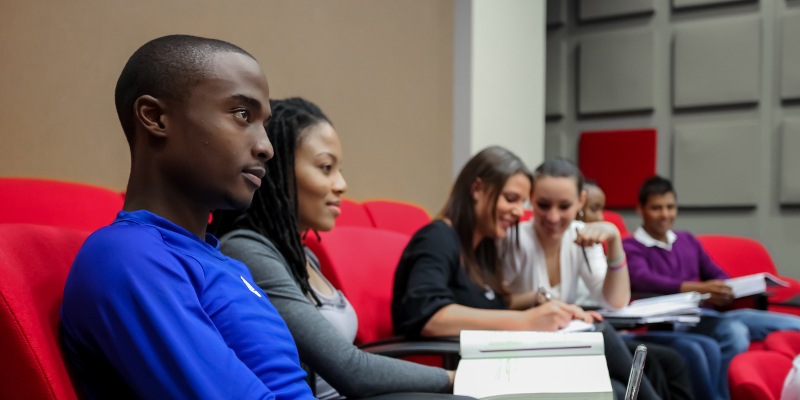 A new OfS research brief says that universities should therefore take much stronger account of the context in which exam results are achieved – as has been seen recently in the United States and Scotland – to recognise the potential of candidates from disadvantaged and other underrepresented backgrounds who could make a major contribution to their communities and to the wider economy and society.

The paper – the third in the OfS’s series of Insight briefs on priority policy issues – finds that university admissions will need to be more ambitious in terms of how they judge merit to make the generational shift on fair access expected during the coming years. It also identifies the need for more diverse routes into university such as bridging courses, foundation years and degree apprenticeships to support this.

The brief shows that in 2018, young people from the most advantaged neighbourhoods were over twice as likely to enter any university as the least advantaged. It also highlights how combinations of characteristics affect progression into university. When considering whether a child has received free school meals and their race and gender alongside where they live, this difference rises to nearly five times more likely, and 15 times at the most selective universities.

Currently, there is no clearly understood approach to contextual admissions across the higher education sector, and the extent to which universities publicise their offer to prospective students varies widely. The brief highlights that few universities and colleges in England indicate on their websites that they may change entry requirements for disadvantaged students, and where changes are made they are not much different to those they are willing to make for any students to fill their places.

Evidence also suggests that universities could be much more ambitious in the changes they make to their entry requirements for disadvantaged applicants without experiencing a fall in degree performance or completion, provided this is joined up with earlier engagement in school and effective support on course.

The paper is published ahead of a half-day conference on access and participation organised by the OfS in London today.

Sir Michael Barber, chair of the OfS will tell the conference in his keynote address:

‘Fair access is often caricatured as a zero-sum game: poorer kids denying places to richer kids with better A levels. But to see it in those terms is to miss the point. We are wasting talent, denying opportunity and hurting our economy by not making the most of our greatest asset: our people.

‘A young person from a council estate who gets decent A levels has often had to work a lot harder than the young person from a better off neighbourhood who gets a few grades more. That’s why it is right – as this Insight brief highlights – that contextual admissions are now an increasing part of the picture.

‘When I visit great American universities, I’m struck by how they look beyond standardised test scores to see potential civic leaders, potential public servants, potential entrepreneurs who can succeed if given the chance to shine. When it comes to trying to reach beyond their traditional intakes, these universities have got something to teach us.

‘So that means being bolder in recognising merit, and being ready to recognise how the opportunity that university represents can help our economy and society to draw on a wider talent pool.

‘But it’s not enough simply getting such talent onto campus. It needs to be nurtured and supported once it is there. Where people come from backgrounds underrepresented at particular universities, they may need more academic and pastoral support than their classmates, particularly in their first year. Where that is provided, we do see them succeed.’

Chris Millward, Director for Fair Access and Participation at the OfS, added:

‘We know that school results are not achieved under equal conditions. Educational gaps are evident from a very young age, and stark by the time that young people are thinking about university.

‘But exam results are not, on their own, a sufficient reflection of potential to succeed in and beyond higher education, and it is entirely fair to consider the context in which they are achieved.

‘Universities have a real opportunity to capitalise on their independence in admissions to rethink the way they judge merit and potential. There is also more to do to ensure that a range of prior qualifications and experience can act as a route into higher education, and that effective support is in place for those who have overcome huge barriers to get to university.

‘Universities have said that they could be more ambitious and innovative given more time and flexibility for their work. The OfS is reforming its regulation of access and participation to provide this and we want universities to capitalise on it by making a step change in reducing equality gaps during the coming years. With colleagues in UCAS and government, we will also work with universities to improve the evidence they need to make rigorous decisions about disadvantage and potential at the point of application.’

Professor Vikki Boliver, Director of Research, Professor and Deputy Head of Department in the Department of Sociology at Durham University, will tell the conference:

‘The evidence clearly indicates that a contextualised approach to admissions, involving the reduction of academic entry requirements for disadvantaged learners, is arithmetically necessary to achieve fairer access to higher education – unless or until patterns of school attainment change.

‘My recommendation to universities and other higher education providers is that they set separate minimum entry requirements for contextually disadvantaged students. The evidence suggests that these could be as low as BCC at the most selective universities without inevitably setting students up to fail.’