An independent report, published today, highlights the benefits of student engagement in learning and teaching design. 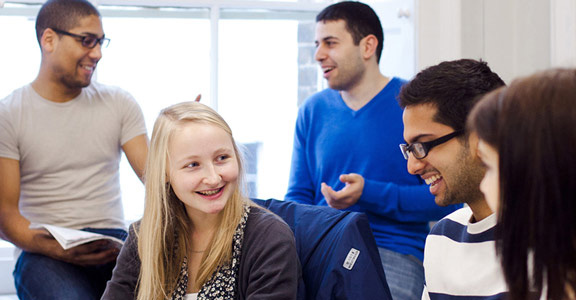 From virtual and augmented reality for urban planning to the use of tablets to support learning in arts-based disciplines: 67 pedagogic innovation projects funded by a Higher Education Funding Council for England (HEFCE) legacy programme developed and evaluated experimental forms of teaching and learning in universities and colleges across England and Wales.

Student perspectives and the role of students in the innovation process were central themes across all the projects. Students were involved in a range of ways, from prominent members of project teams to ‘end users’ of the tools that were developed.

Our end of programme evaluation report found that academic and professional staff were overwhelmingly positive about their experience of working with students.

What was both critical and novel about the programme was that students were co-creators and co-innovators in the projects, rather than only being brought in later to review tools after they had been developed.

By involving students right at the start of the innovation process, the project teams were able to develop tools that were tailored to students’ needs and ways of working. For example, the University of Surrey’s Feedback Footprints project developed an online tool that brought together all the feedback about a student’s academic performance in one virtual space. The project team found that early input from students while they were still workshopping ideas was extremely valuable in shaping the tool as they could factor in how students tend to use feedback on their academic work.

‘[Students’] enthusiasm, creativity and engagement has been fantastic and the tool we have developed would not be anywhere near as good as it is without their input.’ (Project Lead)

At the same time staff also raised some challenging aspects of working with students. They felt it was important to be mindful of the power relations at play between staff and students. Similarly, they raised the ethical issues about potentially privileging certain groups of students through their involvement in innovation work. Even with the offer of payment, joining a project team would be more difficult for some members of the student body due to a range of practical challenges including caring responsibilities or other work and study constraints.

Across the board, most of the projects found that simply encouraging awareness of these challenges at the very start of the process, and maintaining openness throughout, helped to mitigate some of the issues. One project appointed a student adviser to lead on working directly with the other students involved. As well as giving a prominent role to student team member, this meant that many students were more forthcoming with their ideas than they might have been with staff.

The originators of the programme recognised that risk-taking and potential failure are integral to the process of education innovation and change. This meant that most projects were able to learn from challenges, adjust their ways of working and this helped stimulate more inventive ideas.

Students on project teams reported positive benefits for their individual learning, including:

Many students also felt that their involvement in the pedagogic innovation enhanced their sense of active belonging to the university community. They also recognised the professional network they had begun to develop which could subsequently be a springboard into the world of work.

‘This way of working more accurately represents the real working environment than the usual classroom work and has a greater sense of achievement when complete.’ (Student project team member)

Working with students on pedagogic innovation was viewed extremely positively and many of the advantages rested on involving students from the very start of each project. This approach helped overcome some of the challenges of working closely with students by fostering awareness and openness throughout the process. The projects universally reported that they were able to benefit from students’ skills and expertise, while the students felt that their involvement enhanced their learning experience. As one student project team member reported:

‘Hopefully the work and feedback that this project has gathered can be put to use and other courses and students can get the benefits.’

Student engagement is a central priority of the OfS’s work, from large scale research projects to partnership working on policy development. We also expect meaningful engagement between higher education providers and their students to ensure a student-focused approach in all aspects of the providers’ work.

Find out more about what we expect from providers around student engagement.

Find out more about the OfS student panel.