The access gap at England’s most selective universities will almost halve in the next five years if universities meet ambitious new commitments. 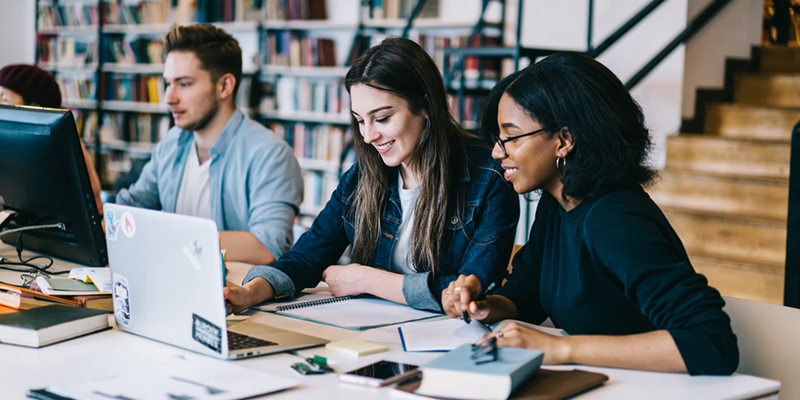 The access gap at England’s most selective universities will almost halve in the next five years if universities meet the ambitious new commitments they have made on equal opportunities, according to a new report from the higher education regulator.

Young people from the most advantaged areas of England are currently over six times as likely to attend one of the most selective universities – including Oxford, Cambridge and other members of the Russell Group – as those from the most disadvantaged areas, and this gap has hardly changed despite a significant expansion in the number of university places available.

At the rates of progress forecast under universities’ new plans, the ratio would be less than 4:1 by 2025, and the gap could be eliminated entirely within 20 years.

This would mean around 6,500 extra students from the most disadvantaged areas attending these universities each year from 2024-25 onwards.

In late 2018, the Office for Students (OfS) set new national targets to achieve equality of opportunity in higher education by tackling gaps in entry rates, dropout rates and degree outcomes between different groups of students.

Universities and colleges have since been drawing up their own strategies – called access and participation plans – to work towards these targets. The OfS has now approved over 200 of these plans, which set out each higher education provider’s commitments to ensuring that students from all backgrounds can get in to university and succeed while there and after they leave, and are a requirement of being able to charge higher tuition fees.

The OfS’s analysis of these plans reveals that, by the 2024-25 academic year, if universities and colleges meet their new targets:

However, the analysis also highlights some areas of ongoing concern:

The OfS has put in place a range of measures to hold universities and colleges to account on the commitments they have made:

Speaking later tonight [Wednesday 29 January] to MPs at a parliamentary event, Sir Michael Barber, Chair of the OfS, will highlight stark regional disparities in access which it will be important for universities and college to address, saying:

‘The chance to go to university has been something of a postcode lottery, and I welcome the ambitious commitments universities are making to change this state of affairs. What is an assumed rite of passage for many young people across the country is often viewed very differently in rural and coastal communities, the industrial heartlands and military towns.

‘The North-South divide crops up in many debates around equal opportunities, and higher education is no exception. While areas of extremely low participation are particularly uncommon in the capital, this is also the case in almost a third of parliamentary constituencies across England. In the North East though, only two out of 29 constituencies contain no such areas.

‘In London, 54 per cent of young people go into higher education, but this falls to 39 per cent in the North East and in the South West it is only 37 per cent. So this is more than a simple North-South divide. In fact, the South West has the lowest participation rate of any region, while our most elite universities tend to recruit far fewer students from the West Midlands.

‘Our flagship programme, Uni Connect, is working hard to address geographical disparities in university access by supporting thousands of young people in low participation areas to understand the benefits and realities of higher education. Inequality is not unique to higher education, but mirrors patterns we see across society. A joined-up approach between universities, colleges, schools and other local partners will, therefore, be instrumental in achieving the transformational change we need.’

Writing in the commentary to the report, Chris Millward, Director for Fair Access and Participation at the OfS, said:

‘Today’s young people are significantly more likely to go to university than their parents and grandparents were, but this expansion in higher education has not benefited all parts of society. Despite gradual progress in improving access for people from underrepresented and disadvantaged groups, equality gaps have remained stubbornly large. ‘Slow and steady’ progress is simply too slow when people’s livelihoods and opportunities are at stake.

‘We have seen a real step change in ambition [this year], not only in the outcomes providers are striving for, but also in their commitment to continuously improving the ways they work towards those outcomes. There is also growing recognition that these issues cannot be tackled singlehandedly by one team in a university working in isolation. They require staff at all levels, across the whole institution, to share the same vision and sense of duty with all of their students.

‘This puts us on the right track for the generational change we have set as our ambition.’

On the OfS’s national targets, he added:

‘We expect providers to work towards these targets because they tackle two urgent priorities: the need to open up all of our universities to people from those communities where progression into higher education is lowest, and to ensure that every student has the same chance to succeed once they get there.

‘At current rates of progress, we could hope to see equal access to our most selective universities for young people – regardless of where they grow up – within 20 years. But this will require significant work to raise attainment in schools, to develop clear pathways combining academic, financial and personal support, and to develop admissions processes that do not rely on public examination results alone as the way to identify potential.

‘In addition, our national target will not be achieved unless universities also embrace those harder-to-reach students who are looking to return to education later in life and provide more flexible learning opportunities for them.’

‘Regulation is a means to an end: better outcomes for all students. Higher education can transform the lives of individual students and the places where they study and work. But this will only benefit all parts of the country and all types of people if there is a fair and equal opportunity for all. That’s the challenge we have set for universities in this country and we’re expecting them to deliver on it.’

Read the analysis of providers' access and participation plans