The Office for Students (OfS) has today warned that it could impose substantial financial penalties on universities and colleges that change their admissions strategies because of financial pressures related to the coronavirus pandemic. 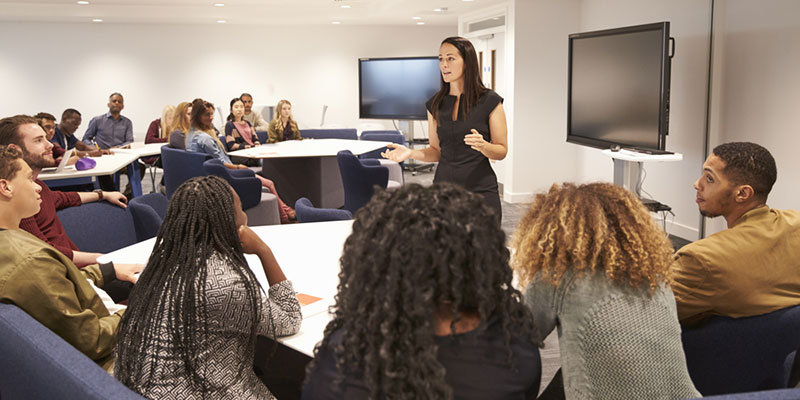 The higher education regulator for England is consulting on a new regulatory condition that would allow it to intervene where universities and colleges act in ways that undermine students’ interests or threaten the stability of England’s higher education sector during the crisis.

The OfS made clear that it expects all universities and colleges to demonstrate high standards of good governance and integrity during this summer’s admissions cycle.

Under proposals set out today, the OfS would introduce a new regulatory condition which would be in force for up to one year – and would expire at that stage unless it was actively renewed. This condition would apply in addition to the existing conditions universities must meet on an ongoing basis to remain registered with the OfS. If a university were found to be in breach of this condition, it could be fined up to – or in some cases beyond – £500,000 per breach.

The condition would prevent universities from taking action that could have serious negative consequences for students or the higher education sector during the current crisis. This could include:

The OfS would judge the seriousness of any potential breach of this condition not only by the direct consequence of a higher education provider’s actions, but also by the potential cumulative effect if multiple providers acted in the same way. For example, while one university making several hundred unconditional offers may not, by itself, threaten the stability or integrity of the whole higher education sector, it may encourage others to do so, and widespread, indiscriminate use of unconditional offers could be seriously detrimental to student choice and the stability of the sector.

‘In this challenging time, many universities are contributing brilliantly to tackling the Covid-19 crisis. This condition would make sure that everyone puts students' interests first and that a few don't undermine the best efforts of the many.’

‘During the coronavirus crisis, all organisations will be judged by how they demonstrate a sense of wider social responsibility, and this is as true of universities and colleges as anyone else. We are confident that universities and colleges will want to do right by their students and the wider community in these difficult circumstances. This new temporary regulatory condition is designed to reinforce the socially responsible approach that so many in the sector have already shown.

‘Universities and colleges are currently dealing with a range of unprecedented challenges as a result of the pandemic, and it is entirely understandable that they will be concerned about the potential loss of income. But there are limits to what would be considered a reasonable response to these concerns.

‘Applicants need to have confidence that the admissions process will be conducted as fairly and transparently this year as it would be in any other year. Current students need to know that their university will be able to continue delivering high quality courses. And potential future students will be best served by a higher education system that continues to offer a wide range of course options. We are especially concerned that any unfair practices during this crisis could particularly harm the chances of those who are already more vulnerable, at a time when information, advice and guidance is less readily available than might normally be the case.

‘This new condition would allow us to impose penalties that would cancel out any financial benefit to universities of acting inappropriately, significantly reducing the likelihood of such behaviour occurring in the first place, but allowing us to intervene in a manner befitting the consequences if it did.

‘We are alive to the concern that our proposals may overstep the mark in curtailing universities’ autonomy. But in these extraordinary circumstances, it is clear to me that the need to protect students’ interests and the stability of the sector is more important, and our strictly time-limited proposals are a necessary and proportionate means to do this.

‘I know most universities and colleges are committed to upholding the highest standards of probity and good governance during this crisis, and to act with good will to safeguard not only their own interests, but those of the whole higher education sector and students in all parts of it. This new regulatory condition will support that collective effort.’

Read more about the consultation