It will be clearer than ever which universities and colleges are doing well at promoting equal opportunities and where gaps remain, thanks to the latest updates to the Office for Students’ (OfS) access and participation data resources. 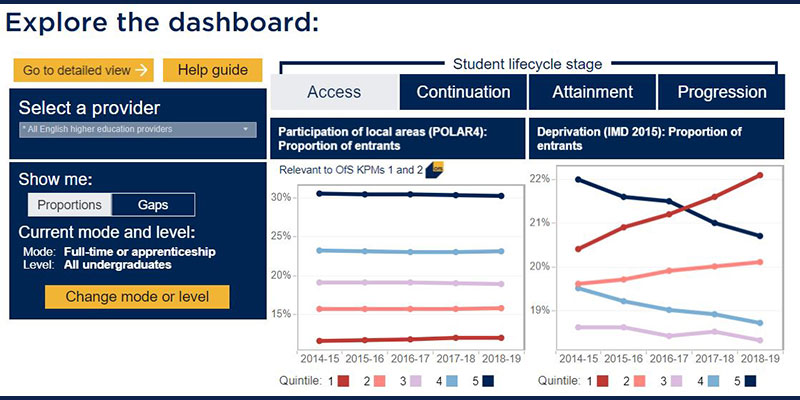 The OfS access and participation data dashboard is an interactive way to compare different student groups (for example, disabled students or students by their ethnic background) with their peers to reveal gaps at specific universities and colleges.

The data covers all universities and colleges registered with the OfS and compares different student characteristics at individual higher education providers and across the whole sector. It includes measures of performance for each stage of a student’s journey through higher education:

The dashboard was first published in March 2019. Today’s update brings in the most recent student data – for the 2018-19 academic year – as well as making a number of usability improvements: