The rapid increase in students receiving first class honours degrees which cannot be explained by factors which may affect attainment has slowed, new data from the Office for Students (OfS) shows. 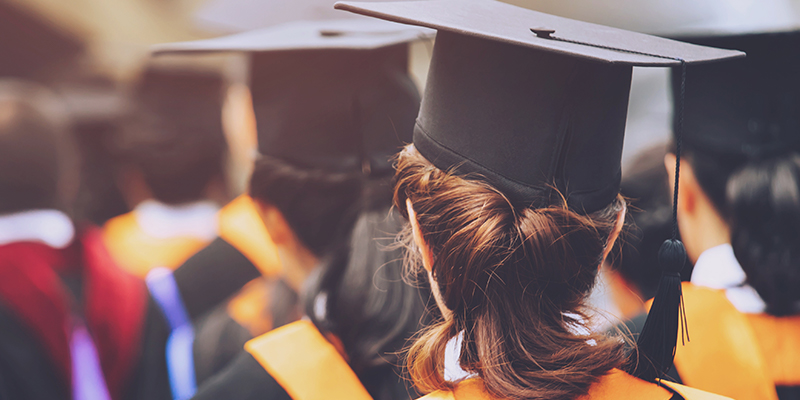 Analysis published today by the OfS finds that a total of 29.5 per cent of students included in the analysis received a first class honours degree in 2018-19. Of these, the OfS’ statistical modelling finds 14.3 percentage points are unexplained when compared to attainment in 2010-11. This is an increase of 0.4 percentage points since 2017-18.

In 2010-11, the reference year for the study, 15.7 per cent of students received a first. There have since been year-on-year increases in both the proportion of firsts awarded and those found unexplained by the OfS’s modelling, although the increase this year is the smallest observed.

The report presents data at both an individual university level as well as collated data from across the sector. The sector-wide data shows that students with the highest A-level results are most likely to gain a first class degree, though there has been increased attainment across the board. As was the case in 2017-18, students entering university with A-level (or equivalent) grades below DDD were almost four times as likely to receive a first class degree in 2018-19 as their counterparts in 2010-11.

Nicola Dandridge, chief executive of the Office for Students said:

'This data shows that the increase in the proportion of first class degrees awarded in 2018-19 has slowed compared to previous years, with a small increase from last year in the percentage of first class degrees which cannot be explained by other factors. While this may indicate that the brakes have been applied, it is clear that grade inflation remains a significant and pressing issue in English higher education.

'Overall, this data represents a mixed picture. It may well be that factors we don’t account for in our modelling, including improved teaching and learning, have driven some of the increase that we have seen in recent years. There are also some striking changes at some of those universities which had previously awarded high proportions of firsts, although there is increased evidence of an unexplained increase in firsts at 73 per cent of universities.

'Unexplained grade inflation risks undermining public confidence in higher education, and devaluing the hard work of students. Degrees must stand the test of time, which is why the OfS will continue to address this issue at both a sector-wide and individual university level.

'The OfS launched a consultation this week with proposals which will help us to strengthen our ability to regulate quality and standards. These proposals, if taken forward following the consultation process, would let us intervene where evidence suggests that the standards set and recognised by the sector are not being met in practice by an individual university, college or other higher education provider.

'It is correct to say that a permanent solution will require continuing collective action from universities over a period of time. Ultimately though, universities are individually accountable for meeting the OfS’s regulatory requirements in this area. Where we have concerns about unexplained grade inflation at any particular university or college, we are prepared to intervene to protect the integrity of the degree awarding system for all students.'