Susan Lapworth argues that higher education providers could be taking better advantage of their institutional autonomy. 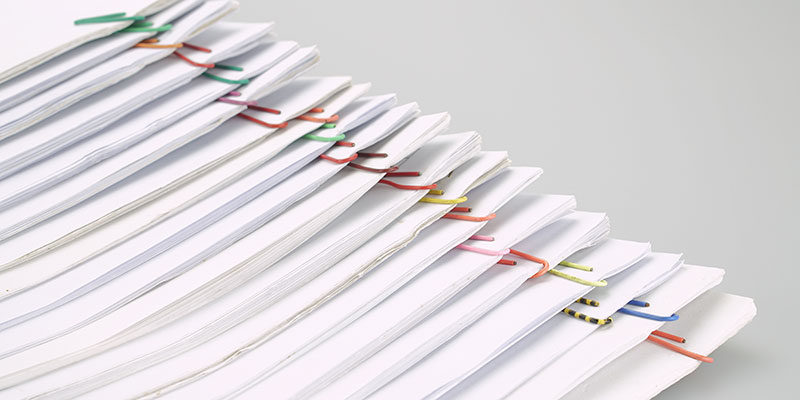 This blog post was first published by Wonkhe on 23 May 2022. It is an edited version of a speech given by Susan Lapworth to an AHUA (Association of Heads of University Administration) members’ webinar.

In my first public outing as the Office for Students' (OfS's) interim chief executive I wanted to talk about regulatory burden and institutional autonomy.

Or, if you prefer, 'why does your governing body spend so much time on regulatory stuff?'.

I know this is a favourite topic for debate. We launched our new OfS strategy in March, and we have been clear that our focus for the next three years will be on quality and standards; and equality of opportunity; and on the enabling regulation needed to make all of that work.

Quality and standards and equality of opportunity rightly get a lot of attention.

Our strategic goal in relation to regulatory burden is that:

The OfS minimises the regulatory burden it places on providers, while ensuring action is effective in meeting its goals and regulatory objectives.

That balance is important. Regulation by its nature imposes burden. Regulated entities need to take time to understand the regulatory regime, they need to take action they might not otherwise have taken, and their ability to act as they wish is inhibited.

We should see those things as regulation doing its job. And that matters because students are entitled to regulatory protection as they enter and progress through higher education.

We've taken a number of steps to drive down regulatory burden over recent times. We announced in April that we've reduced the enhanced monitoring requirements in place across registered providers by 75 per cent. That means we've removed 376 separate requirements for additional information or reports.

More recently, we've removed the requirement for all providers with an access and participation plan to send us a detailed monitoring return in 2022.

We've also streamlined how we communicate with institutions. And providers have a direct contact in our core regulation teams. We've heard positive feedback from the sector on these changes – but there's always more to be done and we're alive to opportunities to look at how regulation creates burden.

Our risk-based approach is important here. This is a legal obligation rather than simply a philosophical choice for us. HERA (the Higher Education and Research Act 2017) requires us to regulate in proportion to the risk posed by an individual institution. And our risk-based system means that institutions that are compliant, and so represent low risk, shouldn't be concerned about our regulation because it's not likely to be targeted at them.

Our new strategy has one more thing to say about regulatory burden. It says that we will challenge institutions to take purposeful steps to dismantle internal bureaucracy that has accreted over time and is not needed to comply with our regulatory requirements.

This kind of unnecessary institutional bureaucracy is sometimes referred to as 'gold plating' – although that idea of adding unnecessary layers to something that is, in itself, necessary doesn't quite capture the point I want to make.

As we have looked at individual cases, we can see patterns that I think will be familiar to you. Institutions tend to have a well-developed system for moving documents from one committee to the next. Often the same people congregate as a different committee and consider the same documents all over again. And then those documents find their way to the governing body.

But what happens when the OfS looks at all of this from the outside? We can see those documents moving around the institution and lots of effort spent on assurance processes. There are assurance maps of compliance with OfS conditions of registration, compiled by governance teams, pored over by internal auditors and audit committees, before being presented to governing bodies. Governors are told that they can 'take assurance' that all is well.

If we enquire about an issue relating to, for example, consumer law, an institution will tell us that all is fine and point to this mountain of documentation and process as evidence of that.

But then when we look in detail at the primary evidence – the decisions the institution has made about the information it publishes when it recruits students, or the terms and conditions in its student contract – we start to see issues that suggest non-compliance. The assurance mechanisms have focused on process and not on substantive compliance. It can come as a surprise to an institution when we point this out.

We can also see weaknesses in decision making processes. For example, schemes of delegation aren't followed in practice, decision makers haven't properly considered the things we would expect, and records of the reasons for decisions are minimal.

Derived and self directed autonomy

So there is a distinction between decisions about substantive matters that are of direct regulatory interest to the OfS, and assurance processes that we've not asked you to construct.

Mike was writing about a period with a funding council, not a regulator. And his point was that universities could and should choose to make their own decisions about what they prioritised and spent money on, regardless of how the latest HEFCE (The Higher Education Funding Council for England) funding formula worked in practice. That might feel like ancient family history.

But his concept of self-directed autonomy still feels hugely important. My heart sinks when I hear mature institutions expressing uncertainty about whether and how they should respond to a routine letter from the OfS. I wonder what happened to self-directed autonomy. It can sometimes feel that there is a lack of confidence in doing the right things for the right reasons and being prepared to explain that clearly in response to any regulatory enquiry.

If we come back to the idea of gold plating, that assumes that the thing being plated is something that should be done in the first place. I want to challenge you to consider whether you need to do some of these things at all. To help you with that, there are three myths I want to burst:

The benefits of autonomy

In our new strategy we say that we know our goals can only be achieved by working through the higher education providers we regulate. Our role is to incentivise and influence providers to bring about the changes needed to achieve these goals.

I think we all agree that unnecessary regulatory burden could get in the way of that.

I've set out today the steps the OfS is taking to minimise regulatory burden and how that fits into our strategy more broadly. But I've also challenged you to take this into your own hands.

Your autonomy shouldn't be a theoretical idea that you mobilise defensively to ward off regulation. It should be a living, active practice that you use to make your own decisions with confidence. So I'm encouraging you to think about whether the idea of self-directed autonomy might be a useful way to think about how you respond to regulation.