Looking beyond: celebrating the value and diversity of apprenticeships

National Apprenticeship Week 2020 encourages us to ‘look beyond’ old preconceptions of apprenticeships. Dr Brooke Storer-Church discusses the increasing importance of degree apprenticeships to a diverse and inclusive higher education offer. 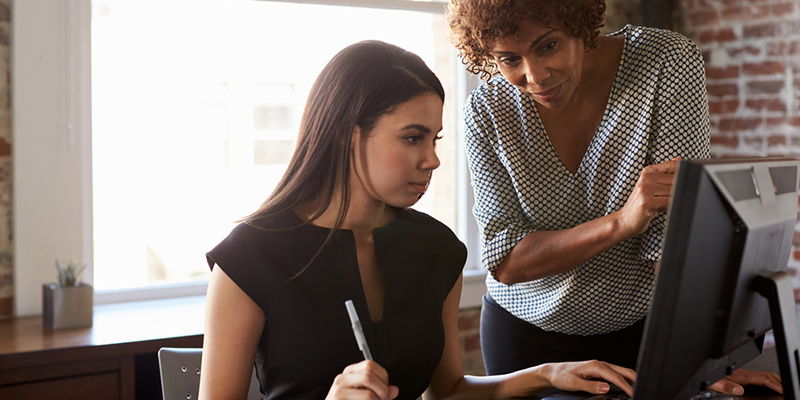 The Office for Students (OfS) is committed to promoting opportunity and choice for all students. Supporting a wide range of provision is key to that mission. Degree apprenticeships play an important part in creating pathways to higher education and employment for learners from all backgrounds.

Degree apprenticeships were introduced in 2015. They offer learners the opportunity to earn while they learn: to study for a higher education qualification alongside working at least 30 hours a week. They provide an alternative route to higher education for those who feel a three-year, full-time, campus-based course isn’t for them. They also provide a route into higher education for people looking to progress their careers or start new ones.

Degree apprenticeships offer learners choice, enable them to achieve high-quality outcomes, and support the needs of employers and the economy. The OfS works with a variety of sector bodies to support their delivery. They demonstrate how new types of provision can help improve student access, participation and success. Through diversifying programme options, they can widen the attractiveness and suitability of higher education for more students.

Standards: Apprenticeship standards show what an apprentice will be doing and the skills required of them by job role. Standards are developed by employer groups known as ‘trailblazers’.

There are a wide variety of standards, ranging from aerospace engineering to social work. The Level 7 senior leader standard is the most popular, with 3,379 people starting this apprenticeship in 2018-19. This is closely followed by the Level 6 chartered manager standard, with 2,807 learner starts.

New standards are being developed all the time. There are currently eight new Level 6 standards in development. In December 2019, three new standards at Level 6 or 7 were approved for delivery: creative industries production manager (Level 7), harbour master (Level 6) and senior professional economist (Level 7).

Who is doing degree apprenticeships?

Degree apprenticeships also attract a high proportion of mature learners. In 2016-17, 65 per cent of Level 6 apprentices were over 21, compared to only 26 per cent of full-time traditional higher education courses.

But there are some underrepresented groups that aren’t taking up degree apprenticeships as much as traditional higher education. Apprenticeships at all levels – not only at Levels 6 and 7 – had lower proportions of minority ethnic groups and entrants with declared disabilities than similar higher education courses.

So, what do we know about why learners take up degree apprenticeships?

Last year, the OfS commissioned a report by Wavehill Research to understand why people choose degree apprenticeships. One of its key findings was that a quarter of respondents it surveyed said they would not have pursued any other form of qualification or training had it not been for the degree apprenticeship offer. The report also highlighted that the top motivating factor for choosing a degree apprenticeship was the opportunity to study for a degree while earning a salary.

These findings start to demonstrate how degree apprenticeships can reach those people who may never previously have considered higher education, or thought it wasn’t for them. The fact that degree apprenticeships allow learners to study for a degree without incurring tuition fees may provide increased incentives for those who would otherwise be put off by the prospect of student loan repayments. The extent to which that plays a role in decision making is important to all of us seeking to address barriers to accessing and succeeding in higher education, and to ensuring equality of opportunity.