Having regard to institutional autonomy

Director of Competition and Registration, Office for Students

The autonomy of universities and colleges is vital - but not absolute, explains Susan Lapworth. This and other tensions must be carefully balanced as the OfS regulates in students’ interests. 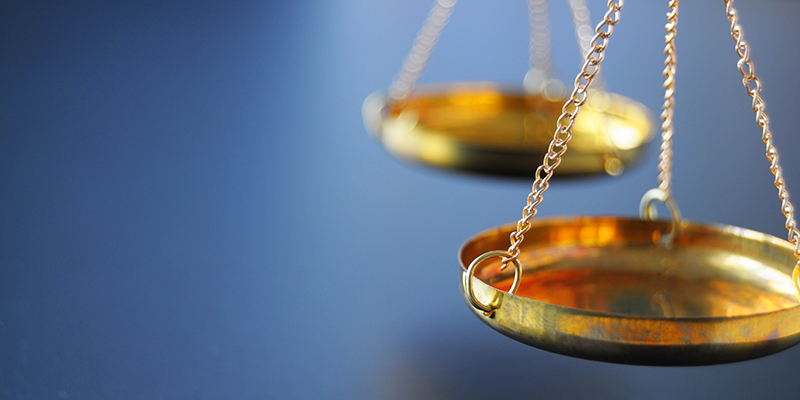 Higher education is rarely out of the news. Whether it be tuition fees, grade inflation, unconditional offers or vice-chancellors’ pay, stories about higher education are of significant public interest.

Away from the headlines, a technical debate rumbles on in the corridors of our universities and on social media about the Office for Students’ (OfS’s) powers. During these conversations, I occasionally come across the argument that the OfS has little or even no business intervening in universities. The argument goes something like this: Higher education providers are autonomous institutions, this autonomy is enshrined in law, therefore the OfS should steer clear of anything that would undermine this autonomy.

This cannot be right.

Firstly, we should be clear that institutional autonomy is important – vitally so. It’s one of the cornerstones of our higher education system, and it is absolutely right that it’s recognised in the legislation which set up the OfS. Institutional autonomy gives universities, colleges and other higher education providers the freedom to be creative in their pursuit of knowledge, their curricula and the running of their businesses. The alternative reality of a sector run centrally by bureaucrats or politicians is not an appealing one.

But institutional autonomy is not absolute. Indeed, a regulator would be completely ineffective if it were.

The Higher Education and Research Act (HERA) requires that, in performing its functions, the OfS must ‘have regard to’ institutional autonomy. It’s important to unpack what that means, and the best way to do that is to see the phrase in its proper context. Legislation aficionados will know already, but the critical paragraphs are from Section 2(1) of the Act. (For those particularly interested, the legislative definition of institutional autonomy itself can be found in Section 2(8); in this post I use the phrase in a general sense of interfering with the affairs of a provider.)

The legislation gives the OfS a set of general duties:

In performing its functions, the OfS must have regard to -

a. the need to protect the institutional autonomy of English higher education providers

f. the need to use the OfS’s resources in an efficient, effective and economic way, and

i. transparent, accountable, proportionate and consistent, and

ii. targeted only at cases in which action is needed.

It does not take an expert in higher education to tell you that some of those general duties might sit in tension with each other. Promoting competition might not always deliver equality of opportunity in connection with access to and participation, for example. It’s also important to note that the general duties aren’t listed in a hierarchy – no one of them is more important than the others.

These tensions are deliberate rather than accidental and the careful parliamentary drafting tells us how to navigate them: we must ‘have regard to’ each of these general duties. But what does this mean? When we decide whether and how to act, we have to consider our general duties, weighing one against another and deciding how to balance any tensions.

We then make a judgement about the appropriate course of action, given these considerations and other subservient factors. This judgement might be that we can’t justify an intervention because of the extent to which we think it might undermine institutional autonomy. But by the same turn, our judgement might be that we should intervene in spite of a risk of undermining institutional autonomy.

In principle, academic issues are no different, although HERA takes care to ensure that the standards applied to higher education can only be defined by the sector itself. We are an outcomes focused regulator – we care about the quality of provision rather than its precise shape or form. Providers are free to make their own academic decisions – and as I mentioned, it’s critical for students, the sector, and ultimately the country that they are able to do so – but when we have concerns, institutional autonomy is only one of a number of considerations informing whether we need to intervene.

How does this work?

It’s easy to get lost in the theory of the statutory provisions, so it helps to consider a real example. Take the issue of vice-chancellors’ pay. Clearly institutional autonomy is important here – a university is entitled to employ a vice-chancellor on whatever contractual terms it chooses. But also important is ‘the need to promote value for money in the provision of higher education by English higher education providers’. Some of the more egregious examples of high pay have attracted considerable attention, and it’s our job to consider how to balance autonomy with value for money.

After careful debate, we chose to take action in this area because the value for money arguments were compelling. But we didn’t look for a way to set pay levels for vice-chancellors. Instead, we decided to use transparency as our main regulatory tool – universities are required to publish information about pay in a standard format.

To the extent this does interfere with institutional autonomy in the legal sense, we think this strikes a sensible balance: we’re supporting providers’ freedom to set their own levels of pay, and also delivering accountability for these decisions in a way that applies downward pressure on pay.

With a number of vacancies for vice-chancellors likely to be filled over the next few months we hope this approach has been successful and we expect to see governing bodies show leadership and curtail excessive salaries. If our chosen approach doesn’t achieve the desired effect of addressing our regulatory concerns, we will consider the possibility of further regulatory intervention as we balance our general duties in this area.

It is important for students and providers to be clear about what its regulator can and cannot do. I hope this goes some way to providing that clarity; next time Twitter starts to debate the extent of the OfS’s role on the issue of the day, I look forward to seeing the nuances of our obligation to ‘have regard to’ at the forefront of the conversation.