Engaging students in the TEF

To those in the UK higher education sector, student representation and engagement is one of the most important, and most unique, concepts that we work with. 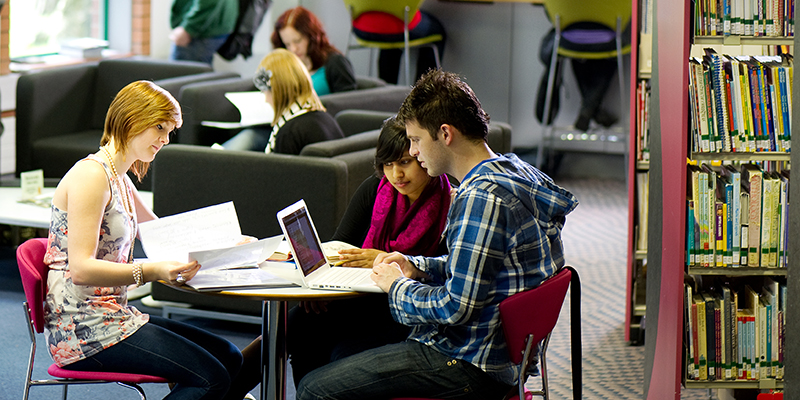 From representatives securing places at all levels of internal and external governance, to student engagement being recognised as 'integral to the culture of higher education' in the new Quality Code, student representation is one of the most effective ways to shaping work around students. In my opinion, and from my own time as a sabbatical officer at Essex, student representatives bring something new, something fresh and an entirely different viewpoint to decision-making processes. The sector is starting to recognise that.

Compared to senior academics, who studied in a different decade and under a different fee regime, today’s student representatives are from a vastly different generation of society where university study is commonplace, more accessible, and more expensive, and higher expectations are set of providers.

As a student it can be difficult to wade through the raft of information about universities, to work out which is best for them and the subjects they wish to study. In 2016, when I was VP Education at the University of Essex, this was a primary concern of mine and many other officers that I spoke to. How could we ensure the information applicants receive was clear, concise, comparable, and correct? So, I was intrigued when the Teaching Excellence and Student Outcomes Framework (TEF) was subsequently introduced, with the promise of an easy-to-understand system that would look at the things students really care about, and increase the focus by institutions on excellence.

Keen to be involved, I applied to the OfS to be a student assessor for the second year of the TEF exercise, which culminated in 2017 with the first TEF awards, given at institutional level using the same information on each provider. I remember the cynicism in certain pockets of the sector; the suspicion that student representatives in the assessor pool served as a token nod to student engagement. But, from my experience, student representatives were shaping the TEF, and this has only become more clear and comprehensive as the TEF has developed.

Following my time as an assessor, in 2017 I joined the team piloting how the TEF could work at subject level, as Deputy Chair of the Business and Law panel. A prime example of student representatives directly shaping the TEF assessment process, the deputy chair positions were introduced after students fed back that a systematic way of ensuring equity of representation was important to the framework. And now, as we enter the second year of the pilot, I have been appointed Student Deputy Chair on its main panel – a newly created role that, again, was initially conceived by students involved in the assessment process.

Throughout the assessment periods I saw the OfS (and its predecessor HEFCE) providing opportunities for students to give feedback. More importantly, I saw the OfS being absolutely committed to receiving such feedback, and turning this into direct developments to the framework.

At the end of the first pilot year, each subject panel produced a report with recommendations on shaping the pilot into the future. Student feedback was integral with all student deputies involved. In my eyes, this was a way of making sure that the refinements going to the next trial had the support of students as well as academics.

At one feedback meeting, the student deputy chairs suggested that each university or college should nominate a student TEF representative and alternative contact to take part in the process, co-ordinate student involvement in the submission, and provide feedback to the OfS. We also constructed the idea of a student declaration, to assure panels that there had been meaningful engagement in the assessment. Both ideas are now being trialled this year. Also new going into this year is the inclusion of the metric on student voice from the National Student Survey – another direct suggestion made by student panellists in a feedback meeting.

By increasing and tailoring the type of representation in the TEF process through these new positions, trials and metrics, the outcomes of the process will become more useful for current and prospective students.

My new position as Student Deputy Chair represents another major step in building in student views as we conclude the pilot this year. Through coordinating the feedback of the student deputies on each subject panel, and engaging with the wider pool of student assessors, there will be a specific student-led feedback report produced, reflecting on the pilot and looking to the future. With this comes the ability to approach feedback differently, and to act as a beacon of good practice to other sector bodies and institutions alike; an opportunity to practise what we as student representatives preach.

I will take the lead on the student feedback report at the end of the year – but being honest, it isn’t a task that I can do alone. And, with student representation in mind, it isn’t a task that I would want to do alone. There are key stakeholders who will play a crucial role, and I am already working with colleagues at the OfS on how best to engage with these groups.

The framework that we end up with needs to work at all levels, from the operational conduct of assessments through to moderation and calibration. I am working with the OfS on the best way to systematically engage with every student panel member. Whether face-to-face or through an internal survey, I will be working to ensure that the views of every student on the pilot are heard by academics, policymakers and the sector at large.

Finally, feedback on the process must come not only from those conducting the assessment, but also from the universities and colleges taking part. They are crucial stakeholders, with a wealth of student representatives who have a unique, currently untapped, view on the pilot process.

As we trial having TEF student contacts at each provider, it would, in my opinion, be wise to use these as a network of students and student representatives, able to come together through various fora to ensure that we shape the TEF to do what it sets out to do. Students informing student choice is the perfect outcome.

This blog post was originally published by Wonkhe, 4 December 2018