The BRIDGE project is seeking to understand and tackle barriers to higher education participation and recruitment. 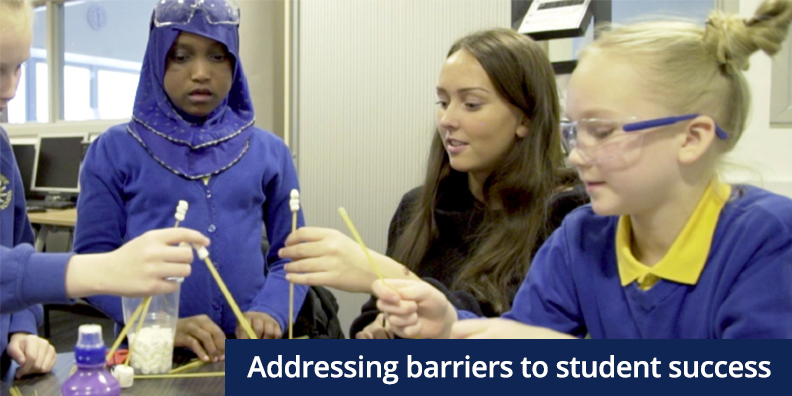 The UK construction industry is facing a massive skills gap. Workers are exiting the industry while applicants and entrants are not coming in at the same rate.

In the first of a two-part blog, I explore the challenges faced by the industry and how the Building Routes Into Degrees with Greater Equality (BRIDGE) project is seeking to understand and tackle barriers to higher education participation and recruitment.

The UK construction industry is a major contributor to the national economy. According to the latest data from the Office for National Statistics, in 2016, the value of new construction work in Britain reached its highest level ever with a record £100 billion. The construction sector now accounts for 6.1 per cent of the gross domestic product of the UK economy, and the number of construction firms in Britain increased to its highest level in 2016 with 296,093 registered firms. However, there are concerns that there aren’t enough people with the skills needed to fill the roles created by this growth.

The 2018 Construction Skills Network’s ‘Insight’ report has highlighted this growing skills shortage in the industry. The study identifies that an additional 158,000 UK construction jobs will need to be filled from 2018-2022 to meet rapid growth in demand for infrastructure and house building across the country. Many of these new jobs are graduate-level roles in technical, professional and management occupations, rather than traditional craft trades. The increase in the demand for skilled workers in the industry is exacerbated by two other factors: massive exit by employees from the industry and slow entry of new work force into the industry.

Diversity in the construction industry

The construction industry is one of the least diverse in the UK. Young people also share this view. In a poll carried out for the Royal Institution of Chartered Surveyors, 32 per cent of people aged between 13 and 22 perceived the construction, building and property sector as not being diverse.

For instance, 20 per cent of the UK population self-declares as disabled, and disabled people make up 15 per cent of the UK workforce. Although, with a disabled workforce rate of 14 per cent, the construction industry appears to be in line with the total workforce population, this percentage has more to do with accident rates while employed in the sector rather than disabilities being declared at the hiring stage. (This agrees with the HSE 2016/2017 results that present the construction industry as the most dangerous major industry in the UK.)

The numbers on gender are much worse. Women make up 47 per cent of the UK workforce, but only 11 per cent of the workforce in the construction industry is female. The majority of female workers in the industry have office-based roles with only 1 per cent working in trades such as site engineering, electrical engineering and joinery.

The UK workforce is more ethnically diverse than ever, with ethnic minorities representing 12 per cent of the working-age population. In comparison, the most recent Glenigan Construction Industry Performance Report showed that the mean workforce within construction companies was only 3 per cent black, Asian or other minority ethnic background.

The BRIDGE project aims to:

Drawing on the experiences from employer-focused programmes, such as degree apprenticeships and PlanBEE, the project aims to provide alternate routes into built environment and construction degrees.

Our initial research has identified the following themes that can present barriers to participation on construction higher education programmes:

The BRIDGE project also draws knowledge and insight from other relevant access and participation projects, like nustem, to better understand how career messages can be embedded in formal and information education. Importantly, the project works with industry stakeholders, employers and employees to challenge and address workplace issues around equality, diversity and inclusion.

BRIDGE is a joint project between Gateshead College, Northumbria University and Derby College, funded for two years by the Office for Students.

Part 2 of this blog will say more about the activities we are undertaking to address these barriers - starting with the image of the construction industry.

Hi Glen, whilst construction may not be a popular choice for school leavers I think the industry could market itself better to those who have studied non vocational degrees. A young lady at my previous office was studying for the MSc in Building surveying after taking an English degree. It may be of value to look at this to see if there's a pattern. I think women leave the industry as travel is often a large park of the role and this can conflict with family life.

Great article. It would be useful to compare the profile you have sketched, especially in terms of diversity, culture, attractiveness and course recruitment, to the situation in both less-developed and more mature economies...South Africa, New Zealand, Ghana, Canada, Australia, Brazil, France, Sweden, India....