These pages look at the study activity of full-time undergraduate students one year and 14 days after the start of their studies. Study activities are grouped into one of the following:

Continuation rates remain very high, although they have continued to drop very slowly in a trend that started in 2011-12.

Of all students who began their studies in 2016-17, 90.2 per cent continued studying, transferred to another provider or had qualified one year and 14 days after starting their studies. This is almost unchanged compared with the previous year.

The number of students transferring to a different higher education provider has increased. This continues the small upward trend that began in 2013-14.

In the academic year 2016-17, 3.1 per cent of students transferred to a different higher education provider, a slight increase from 3.0 per cent in the previous year. 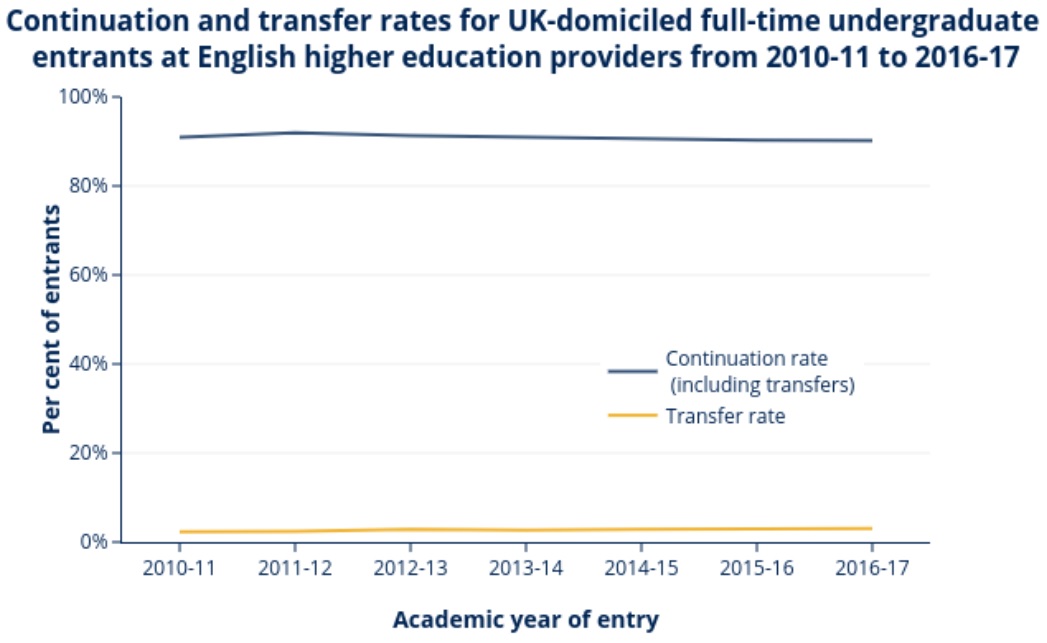 Get the data for this chart
XLSX, 13Kb
This dataset also includes non-continuation rates.

All the percentages presented in this section relate to the academic year 2016-17.

We know that some factors result in different continuation rates (for example, qualifications on entry and subject studied). We also know that these factors vary for different student and course characteristics.

For this reason, we have also published differences from a benchmarked rate. Without benchmarking, any differences between groups of students may simply be the result of differences in these other factors.

Explore data by university or college