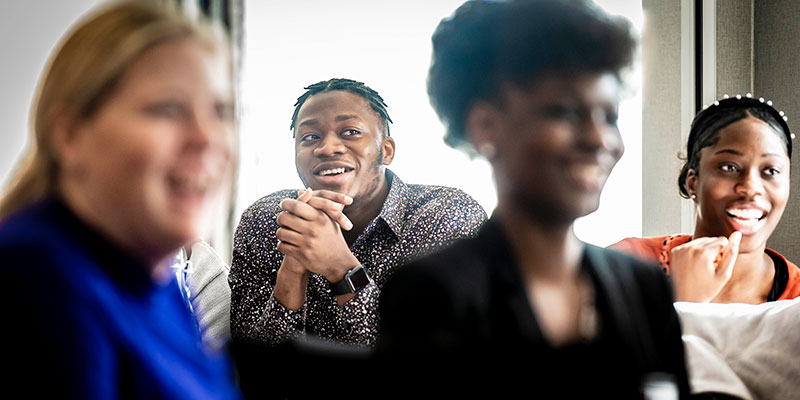 The long term goal of the project is to create more BAME role models among business leaders, driving a cycle of inclusion and business success in the city.

The project will create and deliver:

This case study explores two of the first elements the project focused on:

The challenge for this project is to reduce the gap between BAME and white graduates at DMU moving into highly skilled employment.

Despite a diverse population, there is also a gap between white and BAME business leaders in Leicester.

Research has identified a positive correlation between workforce ethnic diversity and productivity in firms pursuing growth strategies. This project can therefore play a vital role in the local economy, in addition to ensuring better employment outcomes for BAME graduates.

A key factor in this project was involving students at all stages of design and delivery. The university wanted to focus on direct dialogue between students and businesses to discuss barriers to BAME career progression and agree ideas to produce genuine change.

The challenge was to engage and build a community of students who would stay with the project for up to three years, forming a genuine student leadership group working as peers with the project team.

The core approach was to engage students by giving them the means and motivation to engage their peers. A student lead was identified to manage a leadership group of 30 further students, who over time will involve at least 300 additional students in the project.

Students have also been involved in roles such as event design, filming and communications. This was to help ensure project actions and communications are relevant in students’ eyes and have a deep and long-lasting impact.

The student lead identified, referred to here as J, is a social media influencer who alongside his studies has an Instagram following of 26,000 and significant experience designing campaigns with brands including Nike and Youtube.

J was keen to support a project for social good and agreed to work with the project. He was employed in a formal paid role and, vitally, was given autonomy and brand freedom to use his channels and his own words to attract fellow students to the project.

J initially recruited and led peer focus groups with other BAME students to delve into what would help them commit to the project long-term. From this it was learned that: 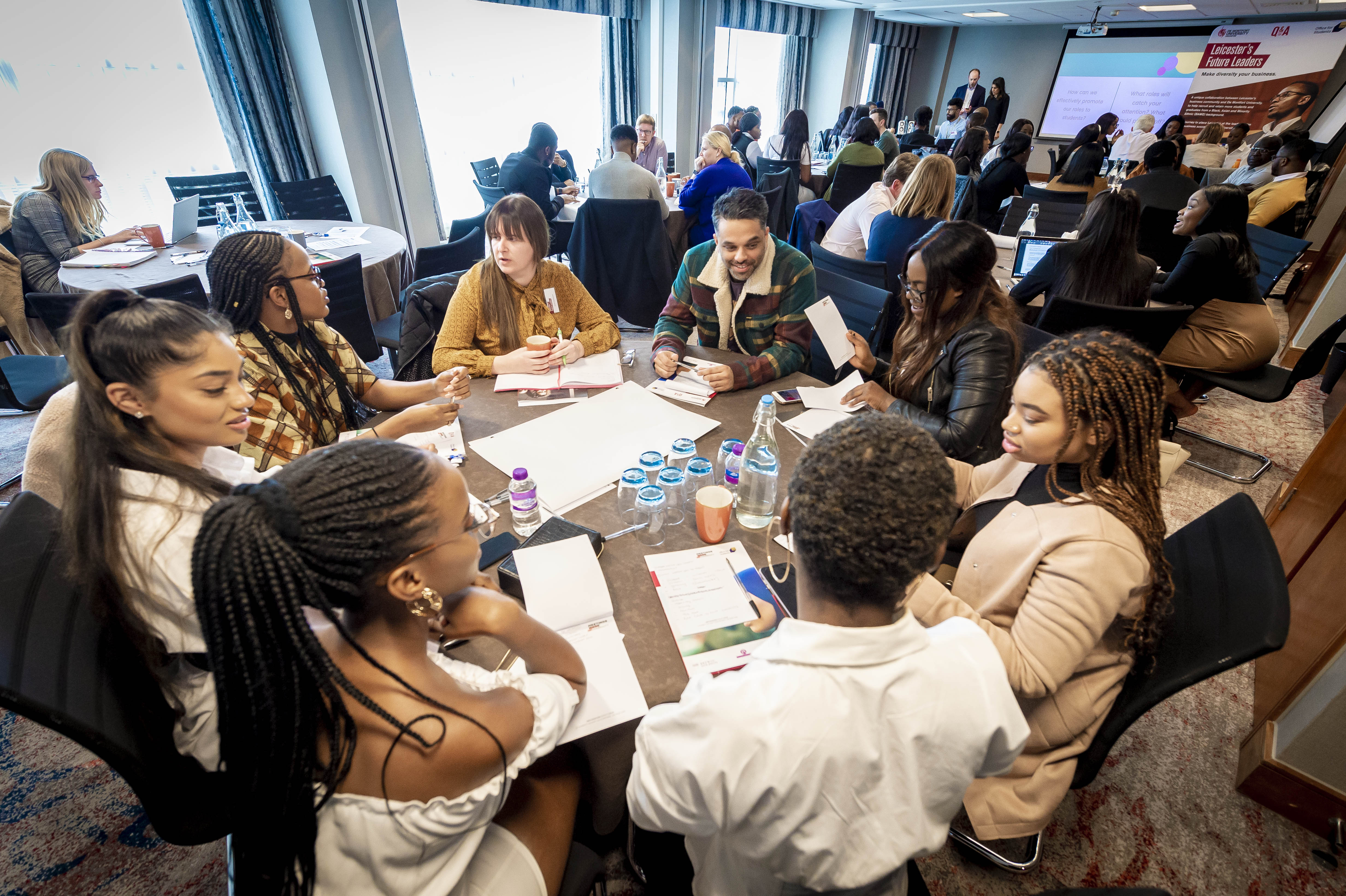 Students from De Montfort University at a workshop developing ideas for attraction, recruitment and selection

At this stage, the project team were also planning a major business-facing conference to explore issues related to BAME recruitment, with input from the project’s business partners. Based on the focus group feedback, and in close consultation with J, a four-day student-business conference was co-designed at the Leicester Marriott Hotel instead, which was fully residential for the students.

The first two days were dedicated to intensive student training in themes such as growth mindset, thinking like a recruiter and commercial awareness.

On the third and fourth days thirty business delegates were welcomed. Students and businesses participated as peers in workshop sessions including unconscious bias training and strengths-based recruitment, conference dinners and keynotes.

The project succeeded in delivering a co-created conference providing an exclusive, highly professionalising experience for students.

The event cemented a sense of community among the students through the shared experience of immersion in the business world. The key to this successful innovation was enabling the project to be led by the students’ recommendations expressed outside the presence of staff.

As well as giving positive written feedback, the businesses’ response to the conference was shown in tangible outcomes:

On the student side, the conference was seen to transform the students’ levels of self-belief and confidence. Students tweeted on their personal accounts:

‘I will leave here today a different person’

‘I feel like I have levelled up since [the conference]’.

A significant outcome for the project was the change in students’ views about staying in Leicester after graduating. At the start of the conference, out of the thirty students, ten had no plans at all to stay in Leicester. After the four days, six of these students had changed their mind and now wanted to stay. The overall percentage of students wanting to build their career in Leicester, among all thirty students, rose from 67 per cent to 87 per cent.

The project team learned that building a trusting relationship with the student lead, J, was essential for success. The project manager developed a pastoral relationship with J that ensured he was supported in his role as intermediary while having the freedom to communicate with the thirty students privately, according to what he thought would work best. J’s role was a vital cog in generating the students’ trust in staff and the university.

The experience overall has reinforced the project team’s growing belief in universities’ role as a facilitator enabling students to build relationships with each other and with businesses to co-learn, co-produce ideas and connect for opportunities.

This approach has rich potential to bring accelerated efficiency and innovation for delivering employability outcomes. 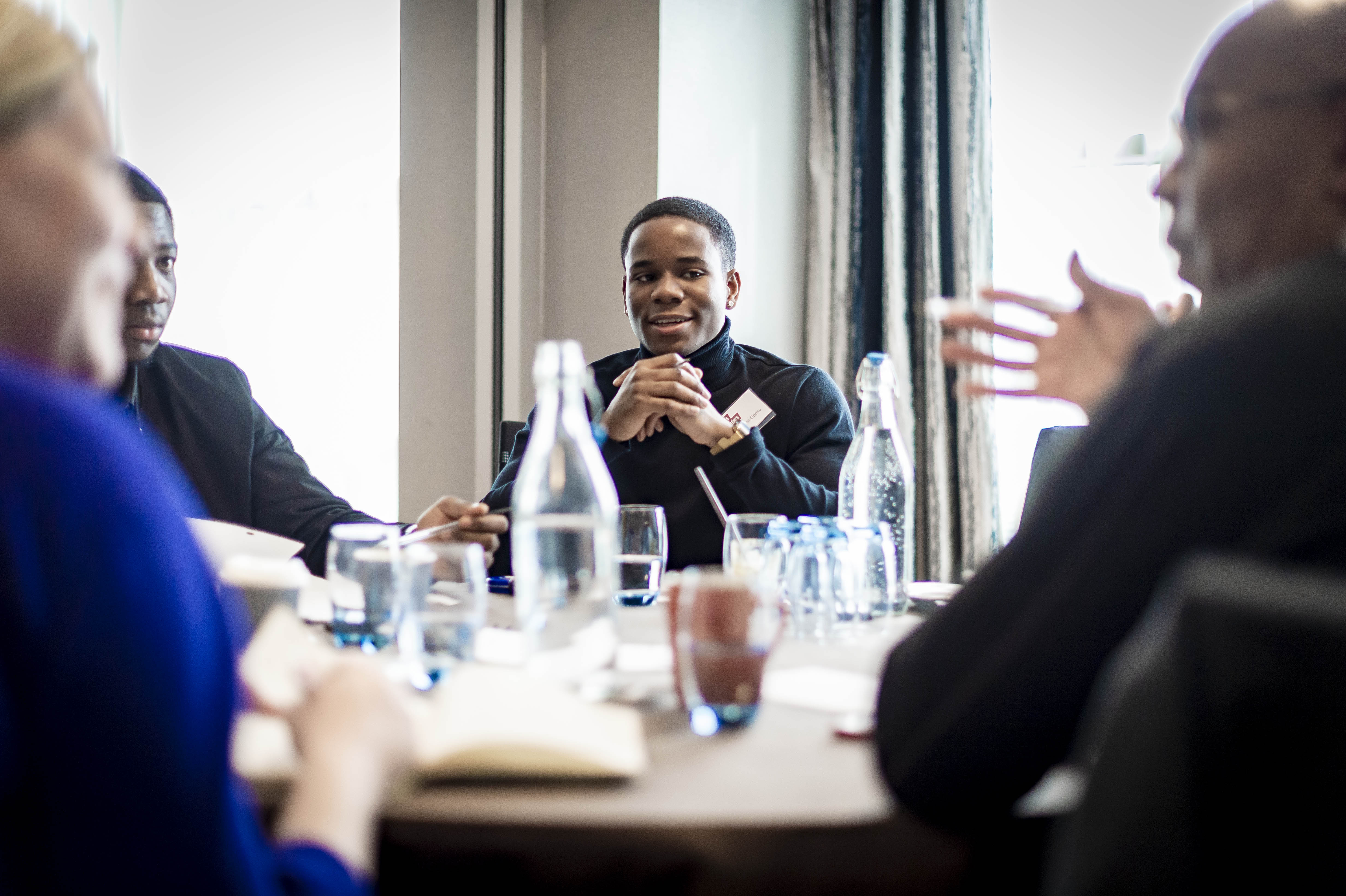 The experience for students was so influential that they decided to take forward two new ideas of their own, expanding the project’s impact.

The students are developing a student-led conference that takes the best elements from the Marriott conference and re-delivers this in an accessible way to large numbers of their peer students.

Secondly, they are creating a student-facing inclusive recruitment toolkit that will mirror the project’s business-facing toolkit.