A city-wide approach to suicide prevention

The University of York details its multi-disciplinary community response to suicide prevention. 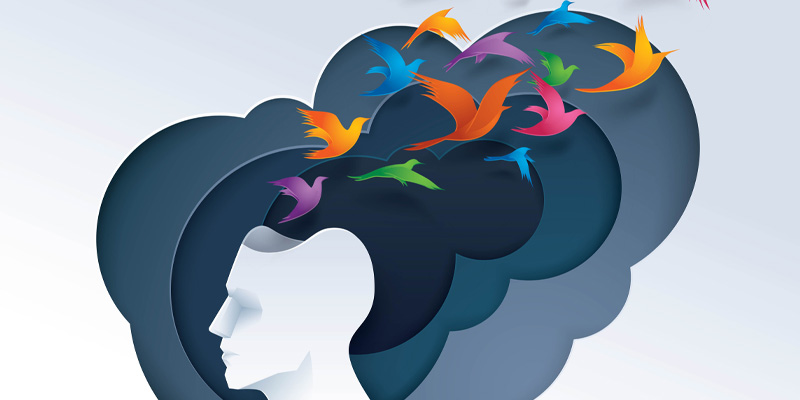 In 2015-16, there were a number of student deaths from various causes, including death by suicide. These were within the student population of York, from both York St John University and the University of York (UoY).

The response to these deaths highlighted a lack of connectedness between the two universities, the City of York Council (CYC) and local statutory services. The gap between key stakeholders was especially unhelpful in cases where suicide was suspected, as it prevented swift identification of potential issues arising.

In response to the deaths, the Vice-Chancellor of the University of York at the time, Professor Koen Lamberts, commissioned a report from Professor Hilary Graham, Head of Department of Health Sciences. This was to consider actions that the university could take to better support students whose wellbeing was compromised by severe mental ill-health or complex psychological difficulty.

The report, published in March 2016, made two main recommendations. One of which looked outside of the university to 'ensure a high-level and co-ordinated approach to improve mental health services for students in York and North Yorkshire'.

Professor Lamberts published the report for access by the sector, which helped to open up wider conversations within higher education and beyond regarding student mental ill-health.

This case study details the steps that were taken to create a co-ordinated city-wide response to student suicide and how these connections continue to be used to help and manage those at risk of suicide.

The challenge presented was to move away from the idea of a student death as a ‘single person event’, to an understanding that a death by suicide was an occurrence that required a wider multi-disciplinary, community response.

This would allow all stakeholders to have access to information that could inform both a response to the death and also be used as part of ongoing suicide prevention work.

This would require identifying all stakeholders who should form part of that community response, developing relationships and creating lines of communication and cooperation between them.

When it became apparent over the course of 2015-16 that there had been several student deaths, the Suicide Prevention Lead for the CYC Public Health Department brought together a group of stakeholders for a Community Response meeting.

The attendees considered if there were any connections between the students that would suggest suicide contagion, such as:

In this case, it was decided that the only thing the individuals had in common was that they were all studying at a university in York, and the deaths were categorised as a geographical cluster.

In addition, the community response approach also identified those who might be affected by the deaths, allowing an appropriate range of support to be offered to friends, housemates and course mates from any of the agencies at the meeting, such as NHS, Samaritans and university support services.

This community response template was adopted as the standard response to be used in similar future situations.

The report commissioned by Professor Lamberts recommended 'a high level and coordinated approach to improve mental health services for students in York and North Yorkshire' including 'establishing high-level channels of communication between UoY and statutory service providers' and 'building closer links with local agencies to better support students'.

In addition to actions taken to expand and improve university services, the following actions built on the community relationships that had been established:

The University of York Head of Open Door and Disability began attending Suicide Safer City Delivery Group Meetings with CYC and Public Health. This group began a programme of annual Suicide Safer Conferences to raise awareness of suicide prevention and its impact within communities. A conference video, produced by Andy Chapman, CYC Suicide Prevention Lead Officer, is available from the 2019 conference.

The University of York Head of Open Door and Disability also sits on the CYC Mental Health Partnerships Board which brings together representatives from across the community, including NHS, police, voluntary organisations and service user representatives.

A Grade 6 FTE 1.0 post was created, jointly funded by the university and NHS Unity Health, to provide a link between university student support and NHS services. Candidates were sought from a range of backgrounds, such as mental health nursing or social work, with the role going to an occupational therapist with mental health specialism. The Link Practitioner’s role is to work with at-risk individuals, either through the GP or student services, a function facilitated by a data-sharing agreement.

York Samaritans is now hosted on the University of York campus and holds a drop-in session once a week during term time.

The Head of Open Door and Disability also meets with the Community Mental Health Team from Tees, Esk and Wear Valley (TEWV) NHS Trust on a monthly basis, and a data-sharing agreement is being created to facilitate links between university services and this team.

This forum was created to oversee the provision of mental health services to students, and the membership includes representatives from NHS Unity Health, TEWV and the Link Practitioner. The forum reports directly to the Student Life Committee, a formal University Council sub-committee, with links through to other relevant areas of governance such as safeguarding and health and safety.

The result of the work detailed above is that the understanding of suicide, both clinically and sociologically, has changed within the York community. Suicide is not now regarded as a single person event, but one that will affect – and be affected by – the whole community.

In linking together all community actors to share information in real time about a death or individual at risk, the university believes that the risk both of an individual suicide or a larger cluster of deaths has been much reduced.

The connections made have allowed the key stakeholders to work together in a more integrated manner, and also to plan mental health services in a way that best reflects the needs both of university students and the York community as a whole.