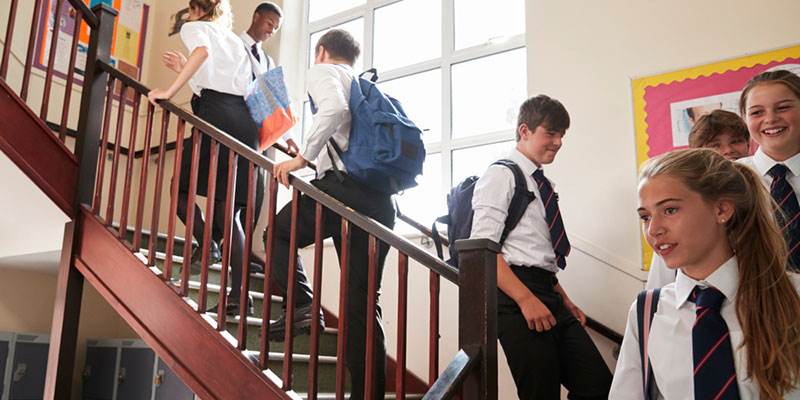 Working with a group of Year 10 students across the spring term to help keep them motivated and on track with their attitude to learning.

The students taking part in the programme had been recognised as having potential to achieve GCSE grade 5s but they were all ‘border line’ students; sat on the grade 4/5 boundary.

All students had taken part in the Cambridge University Student Behaviour Style Questionnaire (SBSQ) pilot, and this was used as the basis for planning the mentoring programme.

To begin with, the students received a detailed report from the SBSQ and met with their teacher individually to explain what it meant in terms of their strengths and weaknesses.

Carly, the students’ outreach officer, then planned a mentoring programme that would cover three areas:

They would use morning registration time to meet with the students twice a week; once with their teacher and once with Carly. The group would be measured using their ‘attitude to learning’ score at the beginning of the programme and compare it with their scores at the end of the programme.

The school also ran a control group alongside this programme so they could compare progress and impact.

The programme was initially meant to run for six weeks (with two sessions a week) during registration time. However, once up and running, it was extended to 10 weeks to ensure progress was being made and the mentoring was having impact.

As the weeks passed, sessions were then able to be adapted and tailored to the different needs of the students and their different learning styles.

Initially it was planned that the students would use The Access Platform (TAP) to contact Carly in between mentoring sessions. However, the students didn’t take to this type of communication and were a lot more forthcoming when face-to-face, rather than using an online platform.

Another challenge with mentoring is monitoring the impact that the programme has on their day to day schooling. The students engage with the tasks during the mentoring sessions and show all the correct behaviour, however to then make sure the students stay on track for the rest of their school day is a challenge.

The school measured the students' attitude to learning with a score. Whilst not everyone from the group did improve, the majority did.

What was even more encouraging is that when measured against a control group (of very similar students) they did better in terms of improving their attitude to learning scores.

The attitude to learning is measured on a scale from 2 to -2 (including zero) and is based on the judgement of staff. Their average across all subjects is then reported as a figure plus where they came in the year group (out of 230 students).

The results showed that on average:

These findings suggest the programme did have an effect.

The impact of the mentoring programme seems to have had the greatest effect from autumn to spring (during which the programme took place) suggesting the longer term impact diminished over time.

There may have been other factors which led to the control group catching up the mentoring group in attitude to learning improvement from spring to summer. The closing of the previous gap may be linked to the mock exam effect, and the greater focus on revision.

We are going to use this feedback when planning next year’s programme. We must make sure there is longer term impact and not just impact while the programme is taking place.

To do this we will be looking at a longer term programme which starts earlier in the academic year. We are also considering running single sex mentoring groups rather than mixed groups to see if this also has impact on long term attitudes to learning.